Freecycle was formed in 2003 with the ideas if the gift economy in the backround. It is a worldwide network of “gifting” groups/people to divert reusable goods from landfills to places where they are wanted and needed, connecting givers with takers. Present in more than 100 countries and with close to 10 million members it shows that there is room for such an idea.

In 2009 after many Freecycle groups in the UK decided to break away from the US parent organization following disagreements on how groups in the UK should operate and the dismissal of long-term UK moderators, who had been speaking out…so Freegle was born. Later they went a step further and develop and app that seems to be more user friendly than their parent UK non profit, with a slogan ”like online dating for stuff”.

It is sad to see that even with ideas that have a very simple core and have harmony at its core, politics can come in between and create fractions.

Still, we need more of this kind of initiatives that are here to develop a different view on life and how we go about things. What if it would be in our system to first check if someone in out neighborhood has the things we need and wants to give them away, before we go a a spending spree… 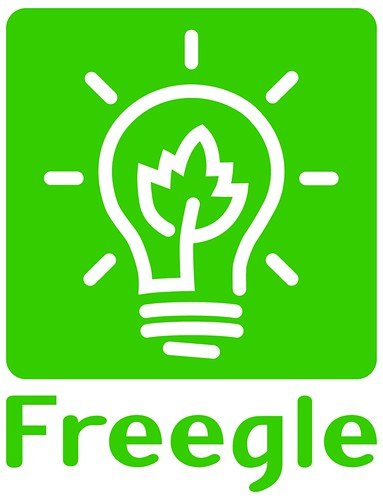 Freecycle & Freegle – One persons trash is another persons treasure